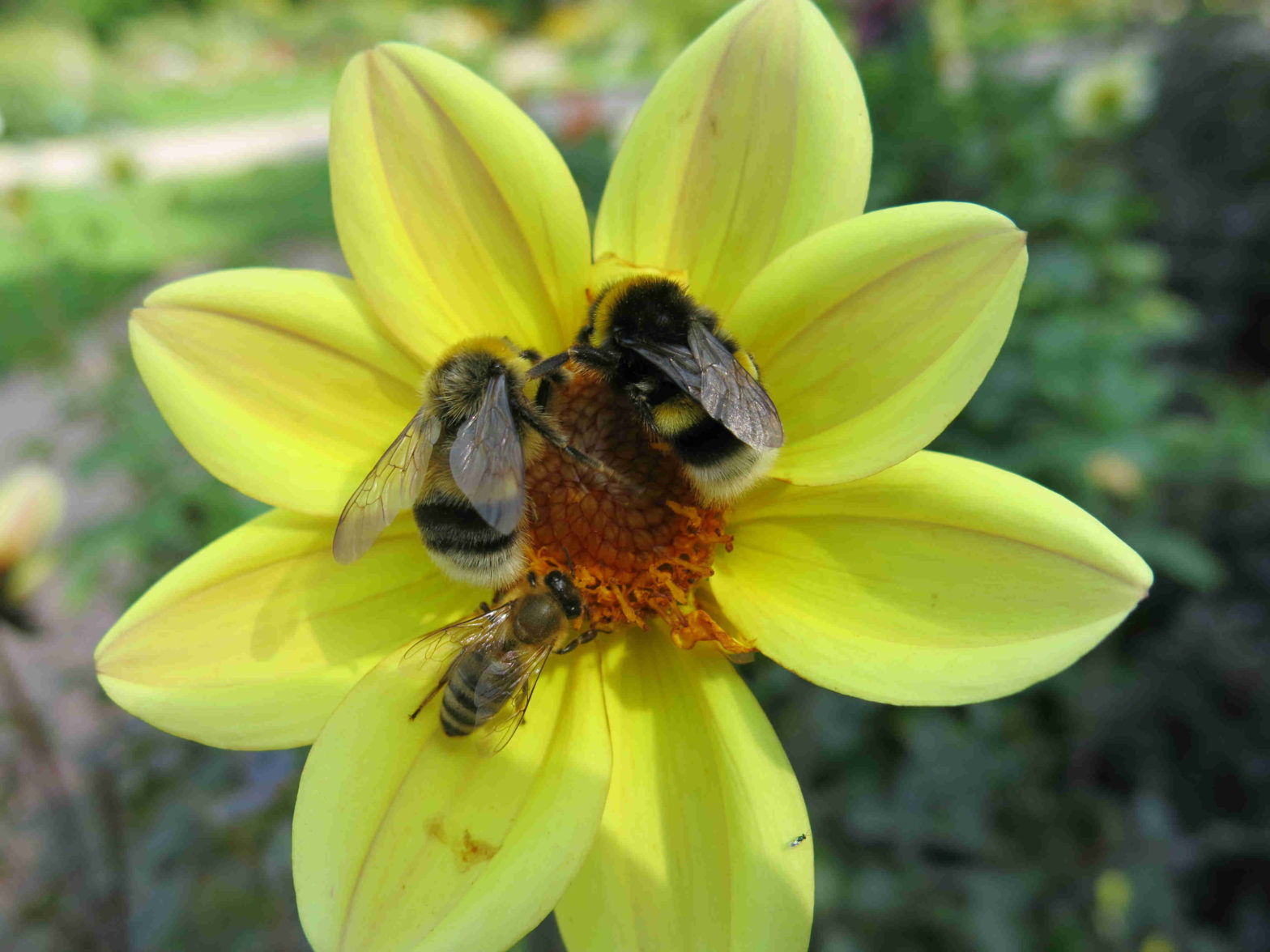 Managed bees, as we saw in the last post, can have a negative effect on wild bee populations. However, though honey bees are the best-known pollinator, they’re not the only managed bee species. Bumblebee rearing is common in Europe since the early 1980s. They’re used mainly for tomatoes or other crops that need buzz-pollination. And even before that, bumblebees were introduced to New Zealand for clover pollination already in the period of 1882 and 1902. But that’s another story.

Commercial bumblebees don’t produce any “hive products” that would be interesting for human consumption (honey, wax, pollen etc.), they only offer pollination services. I wonder if this is a reason for more carefree use. There are several companies that offer bumblebees as “pollination units”. These colonies do their work in greenhouses, but also in orchards or other open crops. After they’ve done the job, farmers often leave them outside to finish their lifecycle. I don’t know how often this happens, but I’ve seen it myself quite a bit. In addition, workers may also escape from the greenhouses.

Bumblebees in greenhouses and their parasites

It seems that managed bees are a kind of reservoir for pathogens. In this study, the authors state that commercial bumblebees may have higher pathogen loads than wild populations. On the other hand, the parasites themselves have a wide range of hosts and, like the viruses we discussed last time, infect other bee species while feeding on flowers.

Later studies added evidence: in 2013 another study found the highest prevalence of C. bombi in a range of 2 km around greenhouses. The probability of finding infected bumblebees declined with the distance to the managed bees. The authors propose various measures to avoid the spillover of diseases to wild populations. These include best management practices both during the rearing process as well as during their use in the crops. This, in my opinion, should also include not leaving the colonies alone after they provided their pollination service.

Managed bees can drive wild bee populations near to extinction. This apparently is the case for the Giant Chilean bumblebee B. dahlbomii. This beautiful bee was Chile’s only bumblebee species, until the introduction of two European species: first B. ruderatus, then B. terrestris. The latter introduced Apicystis bombi, another parasite. In consequence, the population of the native bumblebees declined rapidly. Nowadays, the formerly common Chilean bumblebee lives only in the extreme South of Chile and Argentina.

Managed bees, therefore, don’t include only honey bees. Humans also use other bee species for their purposes, i.e. crop pollination. As I suggested before, this has consequences for bee health – defined as a healthy bee population, not only including honey bees. Most papers on the impact of managed bees for wild bee populations claim for best management practices, health certification and similar measures. However, what comes to my mind goes into another direction: do we care for the welfare of these managed animals?

In the last post, I reasoned about the need to include honey bees into the One Health concept. Well, if we do manage other bee species, this is true for them as well. Bumblebees and also solitary bees like the Alfalfa Leafcutter Bee or Mason Bees. We mass them up for doing a job for us, naturally, they wouldn’t occur in such abundance on a single spot. This promotes parasite and pathogen spillover, which itself influences “ecosystem health” as defined in the One Health concept.

Welfare, on the other hand, includes also the liberty of distress and other factors. I wonder if “pollination units” like managed bumblebees apply to this. I don’t think so. They’re used as small pollination machines, then left alone or destroyed without considering them as living beings.

In this context, I may also mention that together with a colleague I recently published a chapter on “Welfare of Managed Honey Bees” in a book on Invertebrate Welfare. Considering what I discussed above, we may rename it in the next edition of the book: Welfare of managed bees.