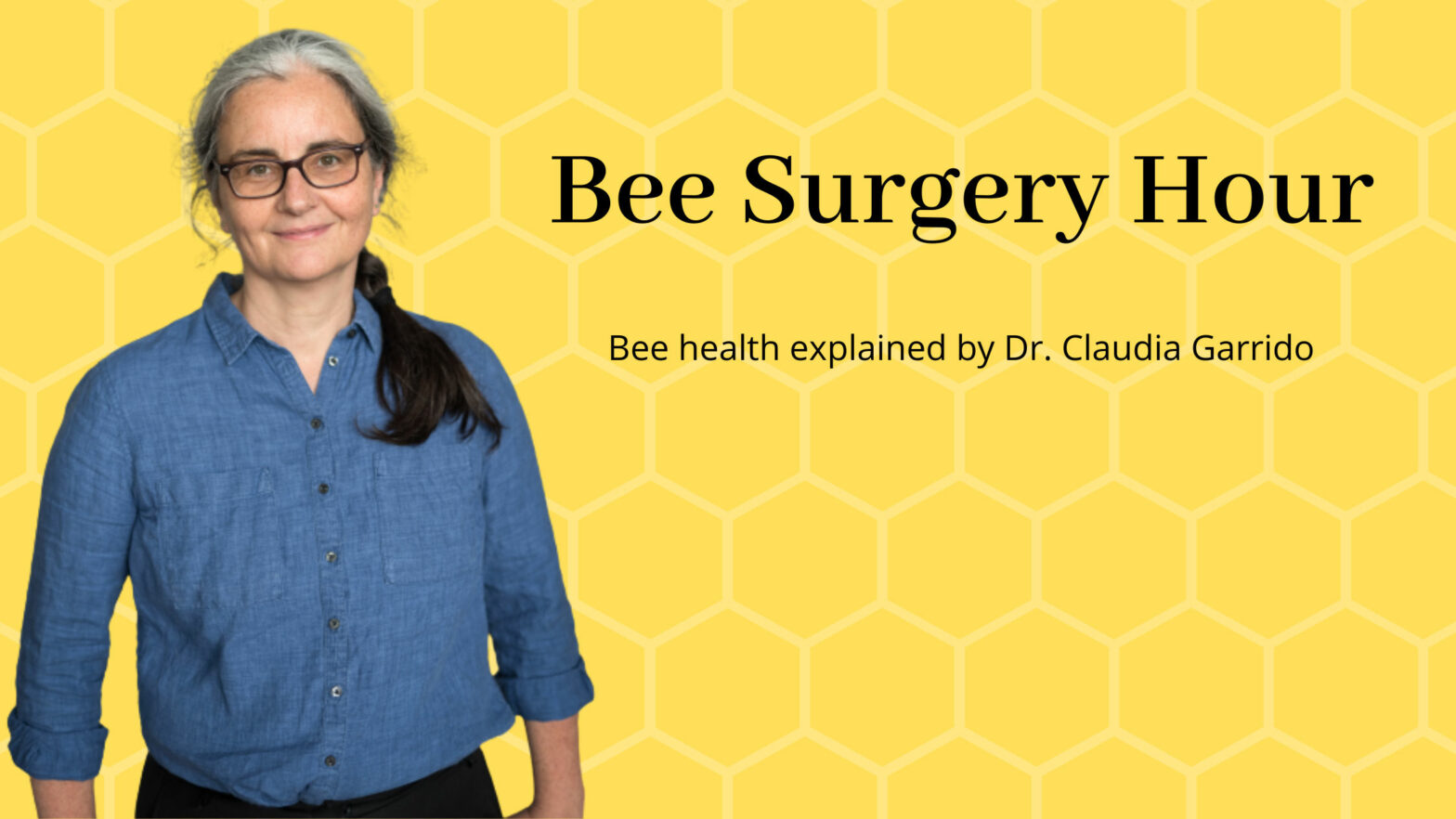 When it comes to varroa treatments, there’s apparently a gap between theory and practice. A sentence I often hear: “When will scientists finally find something against varroa mites?”. It seems that the available products aren’t seen as “something against the mite”. I always thought that this was because of the belief that there should be a miracle cure. Something that eradicates them completely, sends them back where they came from. Well, this will never happen. Varroa mites are here to stay. Unless you live in Australia, you’ll have to deal with it. So, it’s better not to complain about having to treat. It’s just part of the job, like honey harvest, swarm prevention, or regular check-ups.

However, there’s another aspect to this. I realized it reading a recent paper from Swiss colleagues. As they state quite at the beginning, all varroa treatments have been developed and tested under controlled conditions. But a monitoring under practical beekeeping conditions was missing. This is especially true for treatments with organic acids.  There was a steep learning curve for beekeepers, when the first treatments with formic acid were recommended. In my first years at the State Institute of Apiculture in Hohenheim, there were often beekeepers calling for advice. Because the formic acid evaporated too quickly, because they weren’t sure how to apply it – you name it. With the years, the number of these calls decreased. But does this really mean everything’s fine?

Actually, you need a bit of knowledge to do varroa treatments correctly. The right time, the right dose, the right application method… Not easy, especially as there are so many voices out there nowadays. At the beginning, when varroa mites were “new” to the beekeeping world, most beekeepers listened to science. And I dare to say that it was a success story. Varroa treatments were found quite quickly. With upcoming residue issues and first reports of resistance against synthetic treatments, organic acids and essential oils were tested to avoid these problems. By this, also giving options to organic beekeepers. Courses, demonstrations, articles in magazines, and many other info material brought the recommendations into the world.

Here’s where the supposed gap between theory and practice comes in. With the years, many beekeepers began to try out if they could modify things a bit. Another sentence I hear very often: “I always do it like this…”, followed by a description that sometimes makes sense, sometimes not so much. But always with the conviction that it’s right, because it’s “working in practice”. And what scientists recommend is “only theoretical”. Well, not exactly. There’s a very strong connection between theory and practice; they aren’t separated. They’re just two sides of the same coin. However, no beekeeper convinced of “his” method wants to hear that it’s not right. Therefore, a “stress test” was needed. And the Swiss colleagues did exactly that. With clear results.

A stress test for the recommended treatment strategies

Over two years, Julie Hernandez and her co-authors collaborated with 30 beekeepers and observed 300 bee colonies. They monitored how the beekeepers followed the recommended treatment scheme and divided them into three groups: compliant, almost compliant, and non-compliant. To make it short: When the beekeepers didn’t follow the scheme exactly, the colony losses in winter increased substantially. If they deviated only slightly the risk was 10-fold, with larger modifications even 25-fold. That’s quite a bit, isn’t it?

Interestingly, communicating how the winter losses related to the varroa treatment increased the compliance in the following year. So, it’s not a gap between theory and practice, but a gap between the actions and realizing the consequences. Totally normal, as the latter come with a delay to the action. Hernandez and her colleagues conclude that communication has a key role in how compliant beekeepers are.

Our results, however, show that despite readily available information and training, compliance can be prone to self-interpretation. Compliance was increased […] through a high personal involvement of beekeepers and ready access to hard data showing the consequences of one’s acts, even when occurring several months after the act itself.

So, communication and transparency. This is definitely an appeal to scientists as much as to beekeepers.

Some more effects of varroa treatments

Doing varroa treatments correctly (i.e. according to the recommendations…) also has other effects. The colonies were also stronger and had more brood in October (i.e. more winter bees). Colony strength is also a factor influencing survival over winter. But the economic consequences may be a strong argument: Beekeepers doing varroa treatments as advised had about three times more honey than those who weren’t compliant. Almost compliant beekeepers didn’t notice this as much, but also them harvested less honey. Here are some numbers:

If we take a conservative price of 3 € per kilogram, compliant beekeepers made 582.60 € from the ten observed colonies. Almost compliant beekeepers still made 541.50 €. This difference already covers the cost of the treatments done correctly. Those who didn’t follow the instructions made only 204 €. Well, that’s a difference, isn’t it? The difference will be larger when you’re working in an environment with a longer season than the cool temperate conditions of central Europe. I’m glad that the Swiss colleagues assessed this factor. I have a French number in my head of in average 5 kg less honey without proper varroa treatments. But I don’t remember the source. However, even this smaller difference would cover the costs for the varroa treatment. Not considering the cost for lost colonies.

Blindly follow the recommendations? No, I’m not saying that. But try to understand why the instructions are as they are. For me, this paper is a strong argument for more and better trainings and consultancy. My – I think already often cited – colleague Dr. Antonio Nanetti often says that results are best if everybody does their work while acting in concert. I totally agree. It needs that personal involvement Hernandez and colleagues spoke about.

Update! The BeeSafe Academy is online, and the first varroa treatments course went well. Now, it’s time to give it all a more regular schedule. I’m working on that. And guess what: BeeSafe will be 10 years old in January 2023. So what could be a better opportunity to launch a big “Bee Health Course” then? It’s my core expertise and work field, after all. If you want to stay updated, subscribe to the Bee Health Letters. You can do so with the form below (“Keep current with BeeSafe!”).