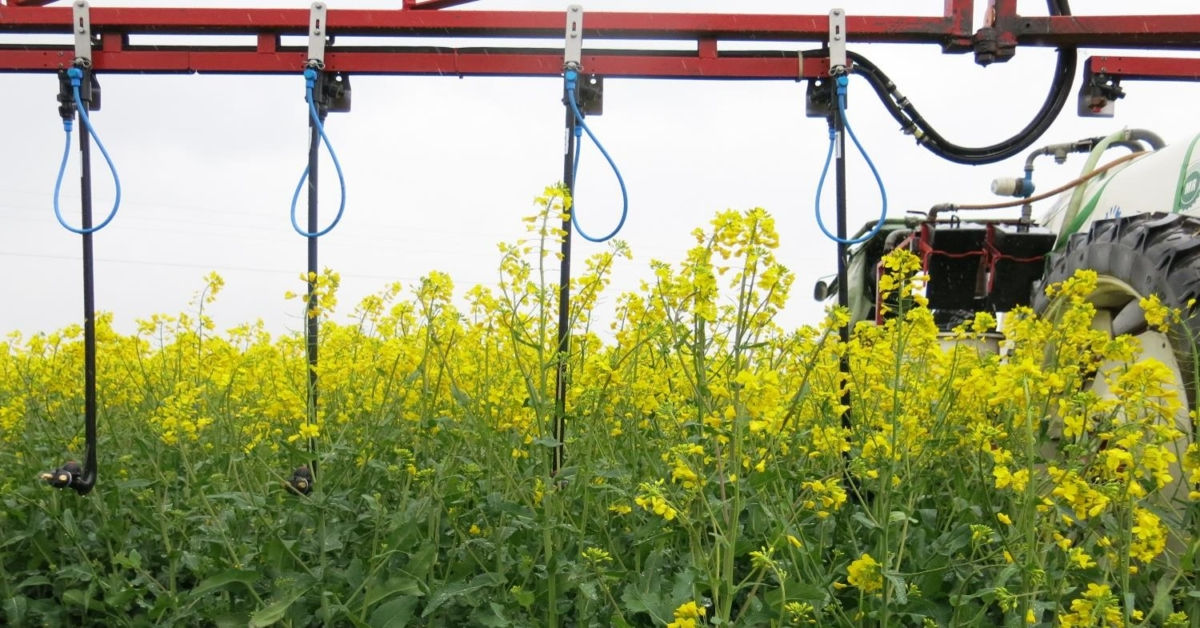 Talking about bees and agriculture, pesticide use is the first issue coming up. In the past years, the discussion concentrated mainly on neonicotinoids and glyphosat. But, as I discussed already a month ago, this doesn’t get the whole picture. What we need is mainly a change in structures and strategies, not only pesticide bans. But let’s discuss pesticides a bit more in detail.

It’s now almost exactly 20 years ago, that I experienced personally what effect misuse or abuse of insecticides has on bee populations. I arrived in Thailand in November 1998 with the plan to study Varroa mites on its original host, the Eastern honey bee Apis cerana. Almost the first news I got from the colleague I met there was: “We don’t find A. cerana colonies at the moment. They have just sprayed DDT for preventing malaria in the whole area.” You may imagine that I was shocked.

Some weeks later, we went to a lychee orchard in flower. We expected to find it buzzing with bees, but it was completely silent. The trees were dripping wet with nectar and no pollinator was there to take it. I didn’t expect a situation like this. For me, DDT was something of the past. However, it’s still used in some countries for malaria control.

Insecticide use in the EU

With all the discussions on insect declines, pollinator crisis, pesticide use, neonicotinoids etc., I searched Eurostat for more data. I didn’t find any data about the actual use, but only the sales in different countries. And these data are telling as well. You can check the data for the whole EU on the Eurostat page I linked, here only five member states in comparison: Spain, France, Italy, Germany and UK. The graphs below all have the same scale, oriented on the fungicide sales, which are highest. I was always told and taught, that pesticides applications are more frequent in Southern Europe because of more pest pressure. But as you will see, this isn’t the whole truth.

So let’s dive in the data and begin with insecticides. These address insects as a target and, therefore, potentially kill also bees, ladybirds and other beneficial insects. Before registering these though, a series of tests and studies should ensure that “non-target arthropods” are safe.

insecticide sales, EU, agriculture, bees
Insecticides sold in five EU countries from 2011 to 2016. The amount is indicated as tonnes per year and country.

Actually, insecticides are the least used pesticides. In 2011, farmers in Spain and Italy bought much more insecticides than the other three countries. France and UK followed and in this year Germany was the country with the least insecticides sold. Either there was no need in Germany, or the farmers still had some stores.

In the following years though, the situation changed. As you can easily see, the red column for Germany increases massively in 2016. In Spain and France, the situation remains more or less stable in this six-year period, while sales decrease in UK and Italy. The decrease in Italy is especially remarkable.

Let’s continue with the herbicides. These include Glyphosate, but also a big range of other substances that are meant to kill plants other than the desired crop. Farmers use them also in larger amounts than insecticides.

The herbicide sales don’t change as much as the insecticides: in all countries I chose for this post (by the simple reasons that I have worked there…), they remain pretty stable. France seems to have the biggest weed problem, followed by Germany. To clarify this: this isn’t just glyphosate, but all herbicides, including also those which are more selective.

As you will see now, the least discussed pesticides are those which farmers use most: fungicides. Some years ago there were some problems in Germany because of residues in honey, but usually fungicides pass quite unnoticed.

fungicides, pesticides, bees, insect decline
Farmers use fungicides most often. Quantities are indicated as in the other graphs.

Here again there are no big changes over the years, nothing notable like with the insecticides. The Southern countries use much more than Germany and UK, but if you consider the larger area used for agriculture this relativises this finding. Same is true for the other pesticides, by the way: in Spain, Italy and France there are much more fields and orchards than in Germany or UK. This makes the huge increase in insecticide sales in Germany even more remarkable. And please note, that these insecticides most probably weren’t neonicotinoids because of the moratorium since 2013.

What do these numbers tell us?

I first searched for numbers about the insecticide use in Germany because I wanted to see if there was a correlation between the honey bee colony losses in winter and pesticide use. As the numbers I found, unfortunately, relate only to the sales, this is a difficult correlation to draw, also assuming that farmers use at least part of what they bought the same year. But, the highest winter losses in Germany in the past years were recorded in the winter 2014/15 with 15%, in a time with very low insecticide sales. Summer losses, as they apparently occur more often in France (as you can see from a European project here), are seldomly an issue in Germany.

So what do these numbers tell us? Well, that it’s difficult to make direct correlation between certain pesticides and honey bee winter losses or insect decline. Eurostat indicates different groups of insecticides, herbicides and fungicides only since 2016. Then apparently, sales and uses are very different in the member states. And I doubt that this is only due to agronomic needs. I don’t remember any emergency with insect pests in Germany for 2016. Italy was able to reduce the sales notably over the observed period. Other countries continue with “same business as usual”. It may be worth it to search also national databases for more details.

Pesticide use is only one aspect

Most importantly, though, these numbers show that the public discussion focuses only on a very small fraction of the pesticide issue. If we say that pesticides as a whole are a problem, it’s not right to reduce the whole discussion on neonicotinoids and glyphosate. I’m not saying that these substances are harmless. I’m just fighting my usual “I don’t like simplifications”-fight. Want to reduce pesticide use? Then we have to encourage and help farmers to use alternatives. Then, perhaps, we may also have to accept higher prices for food, if alternatives mean higher production costs. But, to repeat this, we won’t solve the problem by banning neonicotinoids.

In addition, even pesticide use as a whole is only one aspect of insect declines. Simon Leather from Harper Adams Uni addresses the issue in more detail in his latest blog post. He, together with other colleagues, also blames mainly habitat loss and fragmentation more than pesticide use. Again: this doesn’t mean that it’s not an issue, but that we shouldn’t lose out of sight the other factors for declining insect populations. Otherwise we risk to feel safe but the problem itself continues to exist. And we didn’t help the insects.

Note on 9th July 2018: Unfortunately, for some reason the images and graphs of blog posts in May and June disappeared with the last update of this site. The photos were quite easy to relocate, but the graphs in this post disappeared completely. And I don’t find where I saved the original file. So, unfortunately, I’ll have to redo the graphs. This will take some time, but they’ll be back!