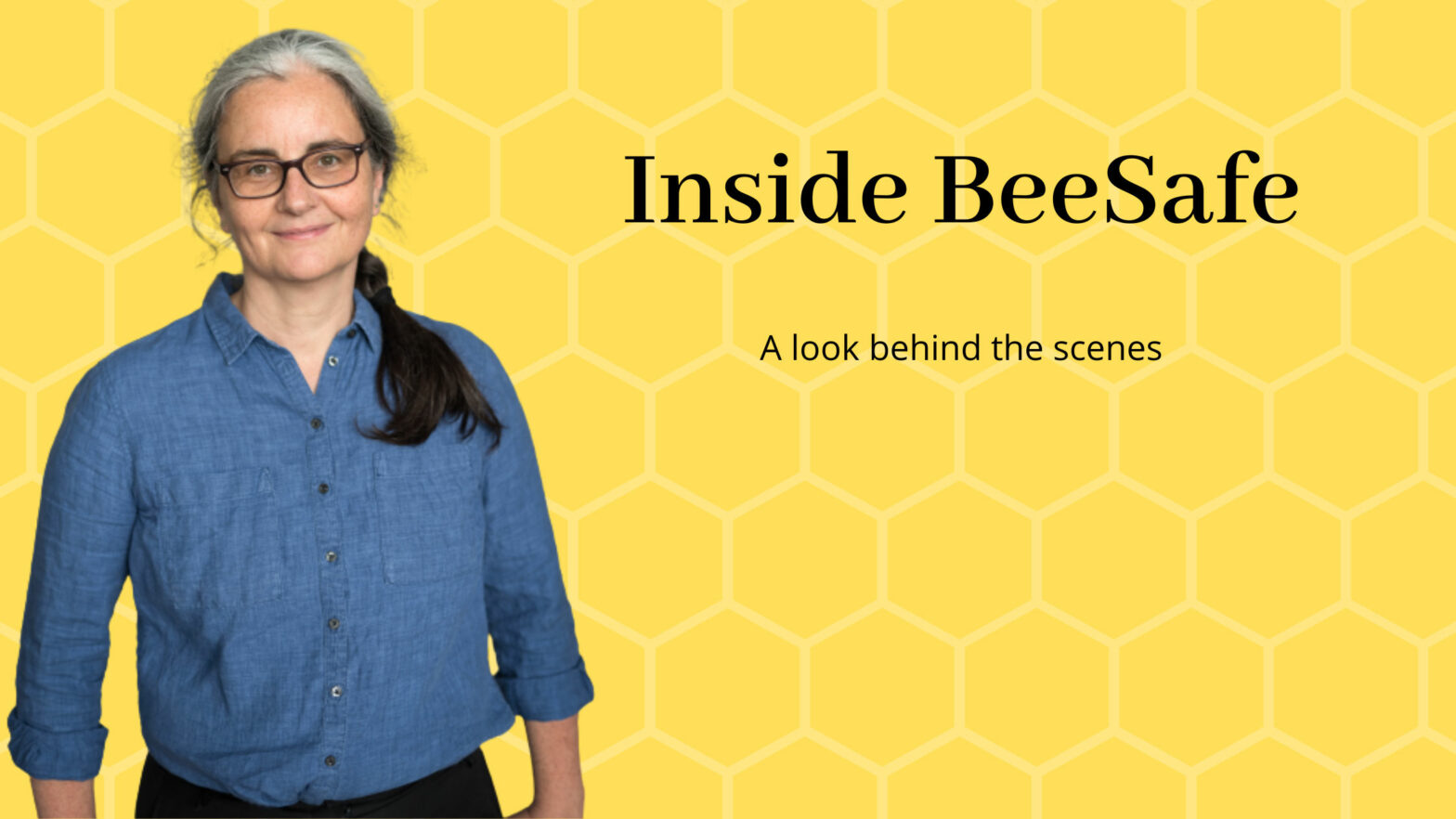 The bee season is coming to an end. It was a busy one for me, especially at the end. I’m still engaged in a study, but the winter months will be not that full of work. At least not in the field. Talking to a colleague, I noticed that I rarely talk about my work on this blog. I try to translate bee science for you here. Despite giving a commentary on it, it’s somebody else’s research, not mine. A reason for this: The things I work with are usually confidential. Not because there’s something wrong with them. But because I do contract research. Which means, the data serve for developing products and aren’t “mine”. However, I can say some general things on how these things work.

Bee health is predominant on this blog, my Bee Health Letters, and my social media. It’s not only talking, it’s actually what I do for a living. The main area is doing studies or supervising them. On bee health products, I do them myself. In agricultural settings, I usually have the role of an external expert, a consultant. I will talk about agricultural studies in another post, now let’s focus on studies for bee health products. These most often are varroa treatments – new products or improvements of already existing ones. But also feed additives fall into the category of bee health products.

Studies are more than beekeeping

At the moment, I’m doing a nutrition study. This means that I’m testing a feed supplement for honey bees. The technical part of it: feeding bees. Something every beekeeper does several times a year. But that’s obviously not the essence of a study. The difficult part is behind of this. You have to feed different and exact dosages of the product. There must be enough colonies to get reliable results – in each group that you feed the different dosages. You need a control to be sure your observations are due to the tested product. Sometimes also a reference, to show that the new product is better than what’s already on the market. I’ve seen studies that have only three colonies in one group, two in the second and six in the last. An authority won’t accept a study like this.

In the current study, I collaborate with two beekeepers. Though every beekeeper feeds bees and knows how to do this, I’m very picky. They have to know the good practices and be aware of the fact that studies are different to their usual practice. During the bee season, there are many things beekeepers do. Some of them may falsify the results of the study. For instance, in this nutrition study, feeding another feed supplement would alter the results. Especially if only some colonies received it. On the other hand, it’s ok to feed them some more sugar syrup, if they need it. Because starving would also change the results. Bee studies need good beekeeping skills, but also the understanding of what a “study” actually means.

Hands and brains of a study

The beekeepers I work with also have to know when to tell me things. Some may need an immediate decision. For instance, there are symptoms that weren’t there when we included the colony into the study. Also a disease could cause effects that can’t be separated from the effects of the tested product. For instance, a colony isn’t developing as you would expect it during this time of the year. Is it because the feed supplement isn’t tolerated well? Or is it a symptom of Nosema or another disease? In a case like this, they should call me immediately and we decide together what to do with this colony to avoid that the whole study fails.

On the other hand, the scientist in the study (me) has to know how to use a hive tool. You need the understanding of the practical side of it. Despite not being a beekeeper, I have dozens of colonies under my hands every year. I ask the beekeepers how they would handle something, because they know the technical part better than me. But I understand what they tell me and the implications for the study. Hands and brains aren’t separated into “beekeepers” and “scientists”, they just have different expressions in the different people. Bee science, in my opinion, is a prime example for theory and practice being two sides of the same coin.

In the current feeding study, for example, I had a few different options on how to mix the test product with the sugar syrup during the feeding. I felt concerned about possible robbing behaviour*. We talked it through together and decided on the best way to go – and it worked out beautifully. I dare say that this combination of hands and brains is quite unique. Many years ago, talking with my PhD supervisor I said: “Well, I’m not a beekeeper.”; “But you know how to judge the practice!” was his response. On the other hand, the beekeepers I work with aren’t scientists. But they know the difference between a study and their usual practice. Both sides know their strengths and limitations. Which serves the quality of the studies BeeSafe does. And in the end, the customer.

Finally, for every study there’s the right time in the bee season. A feeding study makes sense only in the period when honey bee colonies need feed. This is usually late summer and autumn: The beekeeper has harvested the honey and replaces it with sugar. Because bees don’t produce honey to please us, they need it to get over the winter or other periods with low resources. It’s their pantry. Beekeepers sometimes also feed in early spring. This “stimulates” their development in this period, when resources are still scarce. If you want to test a feed additive, these are the times to do it. It wouldn’t make sense to do such studies in the middle of the nectar flow.

When the field bee season is over, the work still doesn’t end. Then it’s time to analyse data, put them into the context of the observations we made, and write reports. Also this activity, by the way, profits from that combination of hands and brains I talked about. But that’s a story for another time.

* robbing behaviour: this happens when there aren’t much flowers outside. Strong colonies then take weaker ones as a “resource” and rob their honey. It’s a risk for studies, because this can transmit diseases, and even sometimes leads to the death of colonies.