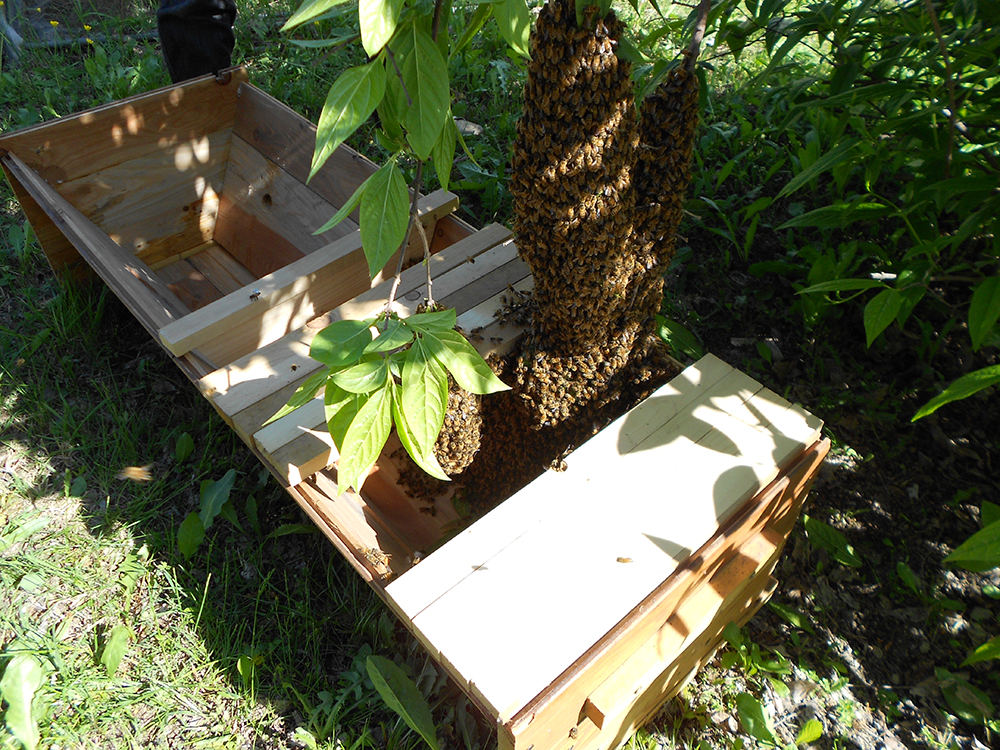 This was a very busy and demanding week. I was at the CREA-API in Bologna teaching at the yearly honey bee pathology course. This is not a regular course. In the institutes I worked in Germany, usually – depending on the topic – courses took one or two days. More or less teachers presented the different subjects, with more or less talent. So why this course is different? It started perhaps like the others, but it had an evolution. First it got longer, as the discussions with the beekeepers were too intense to cover all subjects. Then, as you may know, Italy struggles with two new threats for honey bees: the Small Hive Beetle in Calabria and the Asian Hornet coming from France. To cover these, another day was necessary.

So far, it may seem as every other course: beekeepers have to deal with different problems, some of them are diseases and parasites. They have to recognize them and know what to do. But honey bees are different to other domestic animals. First of all, I always wonder if they are really DOMESTIC animals. They are under human influence, yes, but they are still less controllable as dogs, cows or horses are. Even less than cats, I dare say. However, it seems that “domestic” and feral colonies are different, as Tom Seeley impressively described last year. But there are still some considerable differences to other animals under human care.

The biggest difference between a honey bee colony and a cow (besides the first being insects and the latter a mammal), is what we consider an individual. For the cow it is easy: the individual is the single animal we see on the meadow or in the stable. But with honey bees? They are social insects. That means that they have division of labour, that impacts also the reproduction. There are single bees, that do distinct tasks (foraging, feeding larvae or egg-laying). But they all work together and make a whole: the colony. A single worker honey bee may survive for a while without it. But if she was left behind because the beekeeper migrated her colony, she will try to make part of a neighboured one. Or die.

This “whole” of the honey bee colony is called a superorganism. The concept applies also to other social insects, not only honey bees. The colony acts as individual, every single bee depends on the others and they form a self-regulating entity. There is even a separation of the germ line (queens and drones) and the soma (the workers). Some authors consider the brood combs as reproductive organ of the colony (in analogy of an uterus in mammals). The concept is complex, but the point that interests us here is: does this have an impact on how we consider pathology? Is it enough to just study the single diseases and parasites and teach possible treatments? We talk about diseases of the adults and the brood – but are these perhaps diseases of the colony?

There is also another problem with honey bee pathology: symptoms are mostly not very specific and we do not have cures except for varroa treatments. Diseases are often ubiquitous, but do not show clinical symptoms until a certain point. Therefore, for keeping our colonies healthy, we may have to consider the concept of superorganism. Of the colony as a whole with different levels that cannot be separated. Of health being more than the absence of disease. The honey bee pathology course at the CREA-API in Bologna is the only one I know that does this. It introduces not only the concept of superorganism, but also the term “Animal Welfare”. Which is usually not often discussed for insects.

An animal is in a good state of welfare if (as indicated by scientific evidence) when it is healthy, comfortable, well nourished, safe, able to express innate behavior, and if it is not suffering from unpleasant states such as pain, fear, and distress.

So: how much are honey bee colonies in beekeepers care able to express their innate behaviour, are they well nourished in our modern landscapes and how much does this influence on the development of diseases? I always try to encourage beekeepers to think not only of what is good for them, but also what is good for their bees. There are several conflicts of interest between honey bee colonies and beekeepers. The bee colonies may like producing less honey over the season, they would swarm if we only let them, they would not be transported on a vibrating truck for hundreds (sometimes thousands) of kilometers. If we want to understand honey bee pathology, we may be well-advised to consider this. We may not get fast and easy solutions, but it may result in helping our honey bee colonies better than so many simple (and simplifying) “Save the bees!” proclamation.