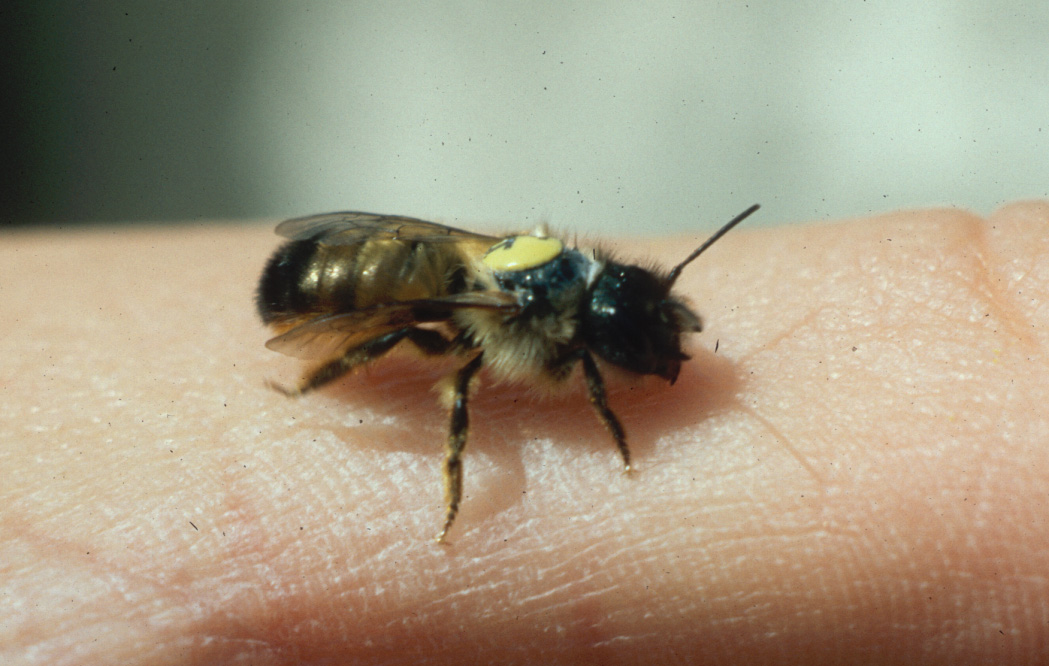 Though my “bee-career” began with floral ecology, cleptoparasites very soon got my attention. For my master thesis I examined the associated species found in nests of the Red Mason Bee, Osmia bicornis (in that times still O. rufa). I had tried another subject before (still with bees) but did not succeed much in it. In this time, I observed very often the four “nesting walls” in the bee garden of the university. The garden was full of flowers, there were also structures for bees and other aculeates not nesting in trap nests.

This bee garden was my playground for two summers. In the first; all these different species of bees and solitary wasps buzzing around the nest sites and the flowers fascinated me. Trapsnests seemed to be a whole little world, a microcosm for itself. As I said, I did not succeed with my first topic; but discovered the subject that lead me to the degree: cleptoparasites.

The most common species in the bee garden was the Red Mason Bee. They occupied big parts of wooden trap nests and plexiglas pipes we offered for nesting. The choice of the species to observe for a thesis in a limited time frame was therefore obvious (though I had much more liberties than students nowadays). The first step was to determine the species living in the nests of O. bicornis. I found five of them:

Later on, I analysed the mortality caused by the different cleptoparasites and its portion in general causes of death of the larva. I also compared different locations, to see if there were differences in their parasite species composition. But I will tell you about this in another post.