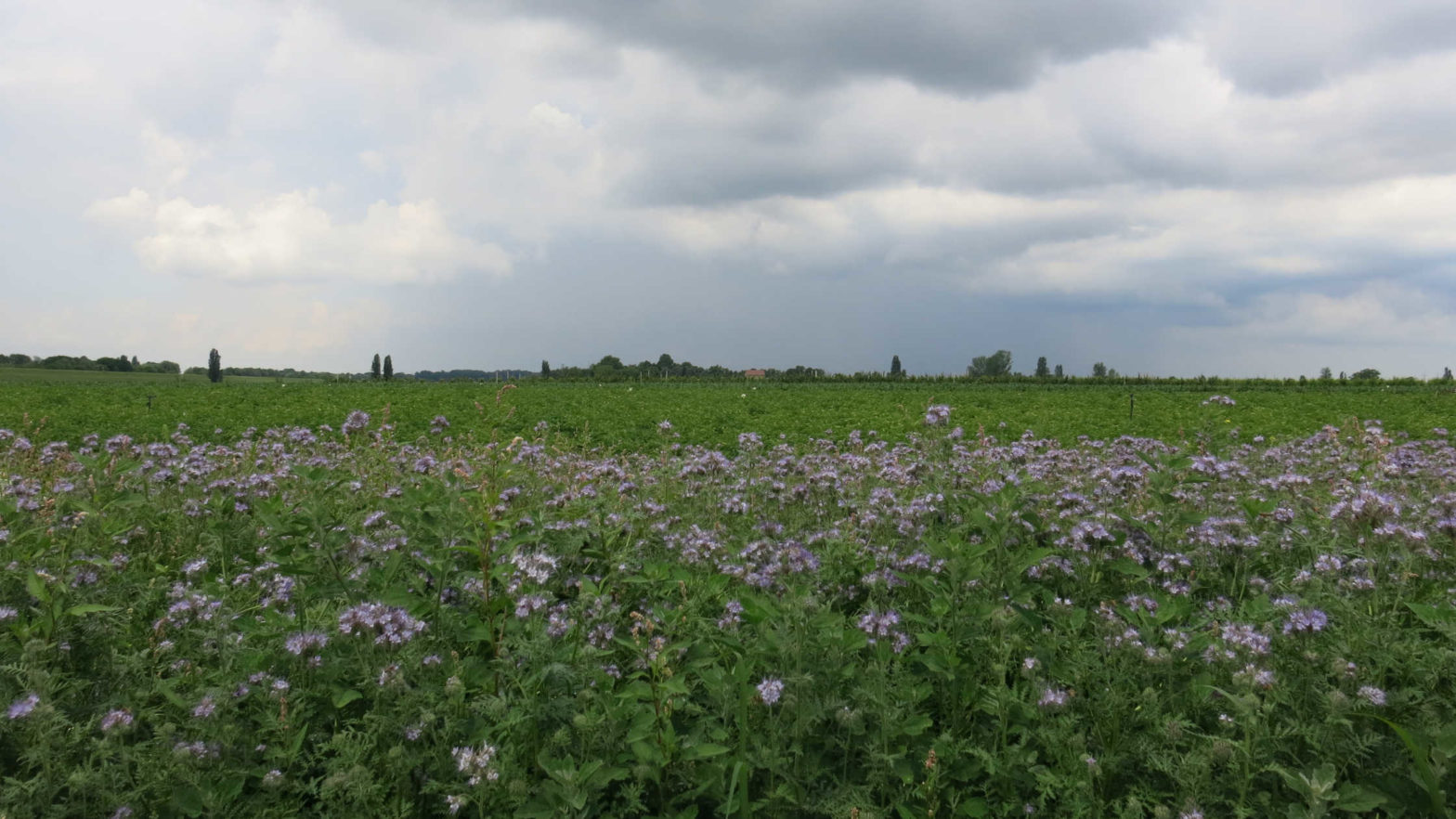 Sustainable agriculture for bees – that’s a claim I hear quite often.

Most often it’s followed by “ ban pesticides!”. It may not be a big surprise that I have my problems with that. The reason isn’t that I want pesticides without any restrictions on the fields and orchards. Funnily enough people often think that. No, the reason is the recurrent theme of this blog: I don’t like oversimplifying things. I already talked a lot about why “saving the bees” isn’t that simple. We also have to think about what bees need. Obviously pesticides can harm bees, but without nesting places, foraging plants that actually feed bees, and – in some cases – nesting materials the absence of pesticides won’t save the bees.

Preparing a talk on the subject, I realized an aspect I didn’t think of before. At least not in this detail. When we talk about “saving bees” we equal “bees” with “nature”. I feel huge discomfort with the inflationary use of the word “natural” or “nature”. It’s getting a synonym for “good and pure”, and too many commercials use these words to suggest that their product is superior. In many (most?) cases it’s total scam or at least misleading. But I digress. What I wanted to say is something else: Our perception of nature is quite distorted. Agricultural landscape isn’t really natural, it’s managed. Honey bees are, too. At least when they’re in beekeepers hands. That’s the context they most often appear in the discussion. If managed or not – this makes a difference for the biodiversity discussion.

Agriculture largely profits from biodiversity. This is something that definitely isn’t talked about enough. Bees give the valuable ecosystem service of pollination, as well as other pollinators. It’s the pollinator community that provides the best results, not just honey bees or other single species. However, the pollinator community at an oilseed rape field will look different than at a wild meadow. I dare say that on the field we won’t see many rare bee species. Because those often are specialized on certain plants, need special conditions for nesting, or similar things.

Farmland, nowadays, often is a “green desert” as we called it when I was at university. It’s all about the crops, not much more. If we’re lucky, there are still some earth paths, hedges, or some wildflowers at the field margins. But all in all, it’s a pretty homogenous picture. In some cases it’s all maize or all cereals. Herbicides and other plant protection products in these cases maybe make it even worse. But the basic problem is something else: Homogeneity. Lack of habitat. With or without pesticides, this isn’t a place for bees to live in.

Sustainable agriculture for bees (and others), therefore, means much more than banning pesticides. Focussing only on this aspect – as it often happens in the public discussion – means just caring about the tip of the iceberg. It was one of the most impressive parts of a paper by Matteo Dainese and colleagues when they discussed the importance of heterogeneous, structured landscapes for biodiversity. And the large benefit agriculture gets from it. From pollination, but also from natural enemies of pests.

Sustainable agriculture for bees (and others)

Therefore, sustainable agriculture means something different than what it often stands for in the general public discussion. It’s normal that people pick out one aspect of a complex context and focus on that. It’s impossible to work on everything that is important, we all have to choose. However, that’s not the same as declaring “banning pesticides” or other single aspects as a solution. It needs the focus on the details, but also the general overview. But what does this mean for bees?

In my opinion, protecting, restore, and create habitat is the first priority. I often say that even if we stopped using pesticides today, the bees won’t be “saved”. Because then we still would have the problem of missing habitat. Obviously, we can do one thing and not neglect the other. My point is that we need a differentiated discussion and informed actions. Making a bogeyman out of the agrochemical industry doesn’t help. (Using a new for me expression there, hope it’s correct!). So, what I would suggest:

That’s it for the start. I think I leave it sink in first. You can always comment below, ask questions or contradict me.

A little quiz at the end

During my talk I showed the two following photos. One was taken in an conventional orchard (i.e. with pesticide use). The other one at an organic orchard. Can you guess which is which and where we observed more bee species? Comment down below!

P.S.: If you want to know more about the relationship between bees and agriculture and how to help bees, book me for a talk! Both online and in real life are possible. Contact me for details. There’s a form below.