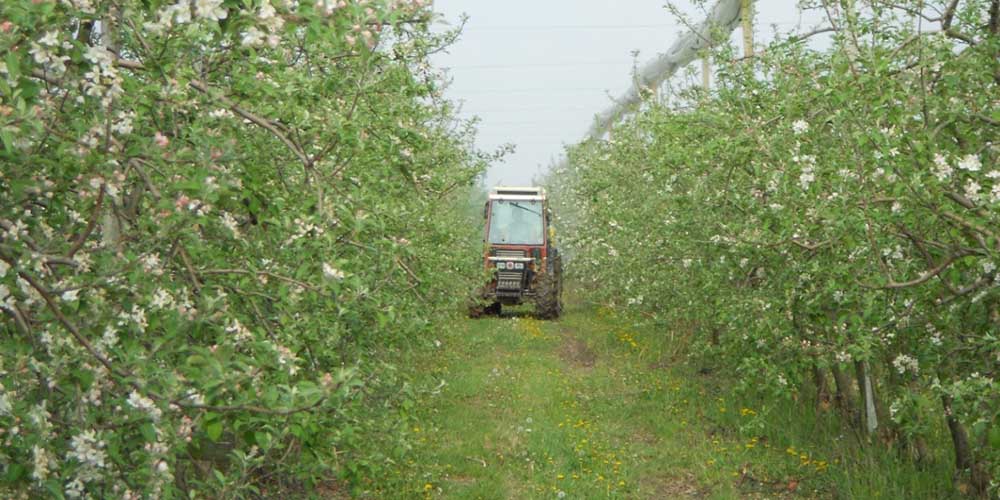 Honey bee welfare is mostly referred to as “bee health”; very misleading in my opinion. Most people think of “health” as absence from diseases. Despite also this definition isn’t correct, I prefer the term “welfare”. It includes aspects like nutrition, freedom of pain and distress or the natural range of behaviour. As honey bees are managed animals (at least European Honey Bees), the latter is an important aspect. Management practices do have an influence on the well-being of animals.

Very often, however, I find the term “bee health” also in the context of the impact agricultural practices have on honey bee colonies. Honey bee foragers collect nectar and pollen on agricultural crops and some pesticides are a risk for them. Besides the usual discussion, I just read a paper adding a different perspective to the issue.

Pesticides aren’t the only noxious substances honey bee foragers may have contact with. Plants produce toxic compounds themselves, and there are plants which have bee-toxic nectar. However, honey bees sometimes forage on such plants. I remember a case a former colleague talked about: a beekeeper complained about colony losses with clear intoxication symptoms. This was long before neonicotinoids came up, but also in those times, pesticide poisoning was the first suspect. Professor Vorwohl from the State Institute of Apiculture in Hohenheim had to give expertise on the case. What he found and showed unambiguously was that the bees had foraged on a buttercup species which produces toxic nectar.

So why do honey bee foragers collect poisonous nectar? Here’s where the mentioned paper comes in. A common reason for consuming harmful food is the lack of energy. Being really hungry, animals accept noxious food they would normally reject. Another aspect may be the lack of choice. If there’s nothing else to feed on except the resource that isn’t good for you, you take that. In this context, it may be important to note that “noxious” doesn’t immediately mean “deadly”. It may just weaken the bee, change her behaviour or have other sub-lethal effects.

A French research group studied which of these alternatives applies to bees. They found that honey bee workers rejected food that contained bitter substances when they had other choices. With other food sources, the bees rejected noxious food even if starving. This is very short on the results, just to give you the preliminaries to the thoughts this paper produced while reading it.

Lack of choice in the agricultural landscape

This was a laboratory study, but the words “absence of food alternatives” immediately evoked the image of monotonous farmland in my head. Landscapes with no structures or wildflowers that would give honey bees – and, of course, other pollinators – other feeding options than the flowering crop. Nutrition is an important aspect of honey bee welfare and does influence also “bee health” in the broader sense. Semi-natural habitat with a wider variety of food sources, for instance, increases the overwintering survival of honey bee colonies.

This is also especially interesting if we consider the different foraging behaviour for pollen and nectar. Another French group found in a long-term study, that honey bees rely on mass-flowering crops like oilseed rape or sunflower for nectar but do prefer a much more variate diet when it comes to pollen. Wildflowers were the main source of pollen for the colonies in this study. Putting these field studies together with the lab research makes a picture. To cite the authors of the lab study:

It has been suggested that the decline of honey bees seen in many countries may be caused by reduced plant diversity resulting from intensive monoculture practice. […] This may increase their acceptance of food that would be otherwise rejected, thereby affecting dramatically their survival.

This doesn’t take anything from the pesticide issue but shows that we shouldn’t limit our attention to them. At the same time, we need to discuss the monotony of the agricultural landscape. Even if it’s covered in bright yellow flowers.

It’s a single bee that takes a foraging decision, but this influences the whole superorganism honey bee colony. Of course not if really only one bee takes up something harmful, but usually it’s a whole age cohort that is out and about foraging. If the only thing they can collect is oilseed rape nectar and pollen, they have to take it even if they would otherwise prefer other flowers.

This means that not only these particular bees have an unbalanced diet with or without noxious substances in it, but they bring it back into the colony. There, nurse bees get only a single sort of pollen which they feed to the larvae. These larvae grow up with an “unbalanced diet”. This has consequences for the next generation of workers and so on. Not to speak about the diet the queen gets, how many drones the colony produces because of the monotonous protein source etc. These multiple feedbacks are what makes honey bee welfare so challenging. And also is another argument for not hyper-focusing on pesticides only, when it comes to bees and agriculture.

Instead, we should approach the problem from different perspectives. Restoring more diverse habitat would do good for honey bees as well as other species. Measures like flowering strips are a first step to bring more structure and more variety into farmland. They also help to provide the colonies with food when the oilseed rape stopped flowering. Of course, sowing flower strips and thinking this would solve all problems is naive. But so is trying to ban all pesticides to save the bees. In the end, as I don’t get tired to say, the issue is far too complex to find a one-fits-all solution. And that’s also why I focussed on honey bee welfare in this post. The trick is to begin the work, monitor its outcome and keep adapting the measures and getting better.