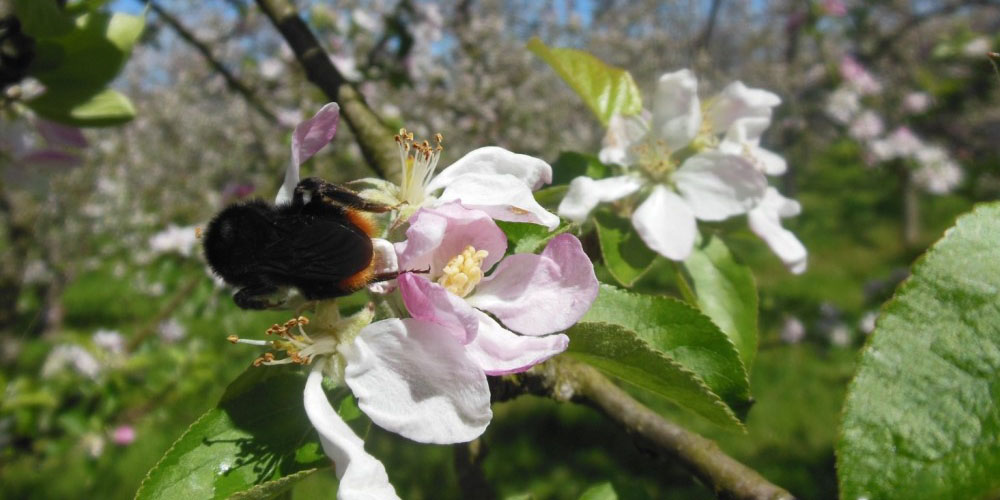 With the International Year of Pulses, the FAO wants to promote these very valuable dried seeds. Pulses ensure food security, they are highly nutritious and as leguminous plant they fix nitrogen in the soil . The seeds are food for people, the plant residues fodder for animals – they seem to be an important element for the millennium goal number 1, to combat extreme poverty and hunger. Another aspect is biodiversity. In this context it means the diversity of different pulses, there are many varieties you will never find in your local supermarket. But all these different species and varieties allow farmers to grow the best for their local conditions. Plus this variety also helps to adopt to climate change.

There is another issue, not mentioned in this video on FAO site: pulses are pollinator-dependent. Their dependence on cross-pollination varies between species and variety, they are not as vulnerable to missing pollination as fruit is. On the other hand, even soybean or other self-pollinating pulses produce higher yields if pollinated by bees. There is little research on this issue, but a review has been published recently. Horse beans for example produce 30% more pods and 13% more seeds/pod if bees are present. It therefore makes a difference for farmers. More research on the pollination requirements of pulses are needed urgently – the FAO initiative may be a good incentive.

More nutrients and better food because of pollination

Concerning food security, the content of nutrients in pulses is one of their big advantages. Also in this case pollinators may have an influence: the content of micronutrients can vary depending on their presence. Last year a study found that 50% of the production of plants that are sources for vitamin A depend on pollination in most areas of South-East Asia. Micronutrient production depends on pollination mainly in poor regions as central and southern Africa, Southeast Asia and India. Considering that between other negative impacts many children are blind because of a lack of vitamin A, pollination services get an additional level of importance. In Europe, USA, China and Japan pollination services have mainly an economic value (considering only the human involvement). In poor regions though, the interest is much more basic: human health. Reading this, the argument of bees for poverty alleviation got another dimension. In the review of pulse pollination cited above, also the role of native bees for increased yield was stressed. Therefore, not only beekeeping with honeybees is important for development. Also the diversity of pollinators help small farmers to increase their yield – as published and confirmed in Science only today.

Iron and folate are less dependent on pollination, but I am wondering what influence bees may have on other micronutrients. Or macronutrients… there are findings of more nitrogen (as indicator for protein) in Okra after cross-pollination by bees. As I already stated several times on this blog: quantity is not the same as quality. We already know that pollinators help to increase yields. Now it may be time to study also more intensely if and how they increase the nutritional value of the produced food. This argument is especially important in regions where we still know little about pollination relationships and mechanisms – which often correspond to developing countries. Helping pollinators would then contribute to two millennium goals: combat poverty and hunger plus preserve biodiversity.