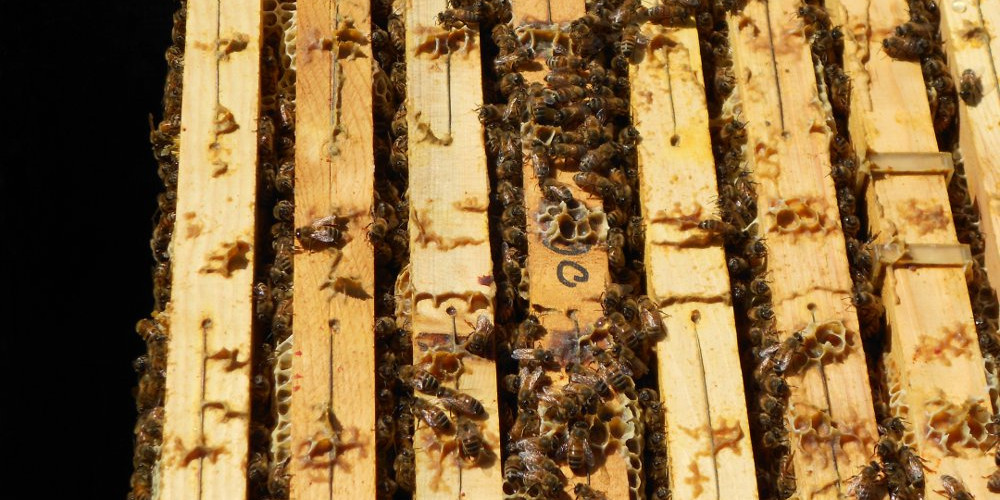 Deformed Wing Virus (DWV) is a honeybee disease vectored by Varroa mites. In highly infested honeybee (Apis mellifera) colonies, bees with crippled wings and short abdomens are symptoms of varroosis, caused by the virus. Though it originates clearly from the European Honeybee, it is able to replicate in varroa mites. The parasitic mites turn an asymptomatic infection with this virus into a disease with clinical symptoms. This virus is not host-specific and spreads to novel hosts like bumblebees and other pollinators.

A study shows that the global spread of Varroa destructor as a vector has increased the prevalence of DWV infections worldwide. The global trade of bees and other material like pollen now influences the prevalence of these infections even without the presence of the mite. As it is transmitted also to other hosts, it may become a further thread to pollinators. It has already been shown that this virus has dramatic impact on bumblebee populations. The authors conclude that trade with bees and other potentially infective material has to be regulated and controlled more strictly.