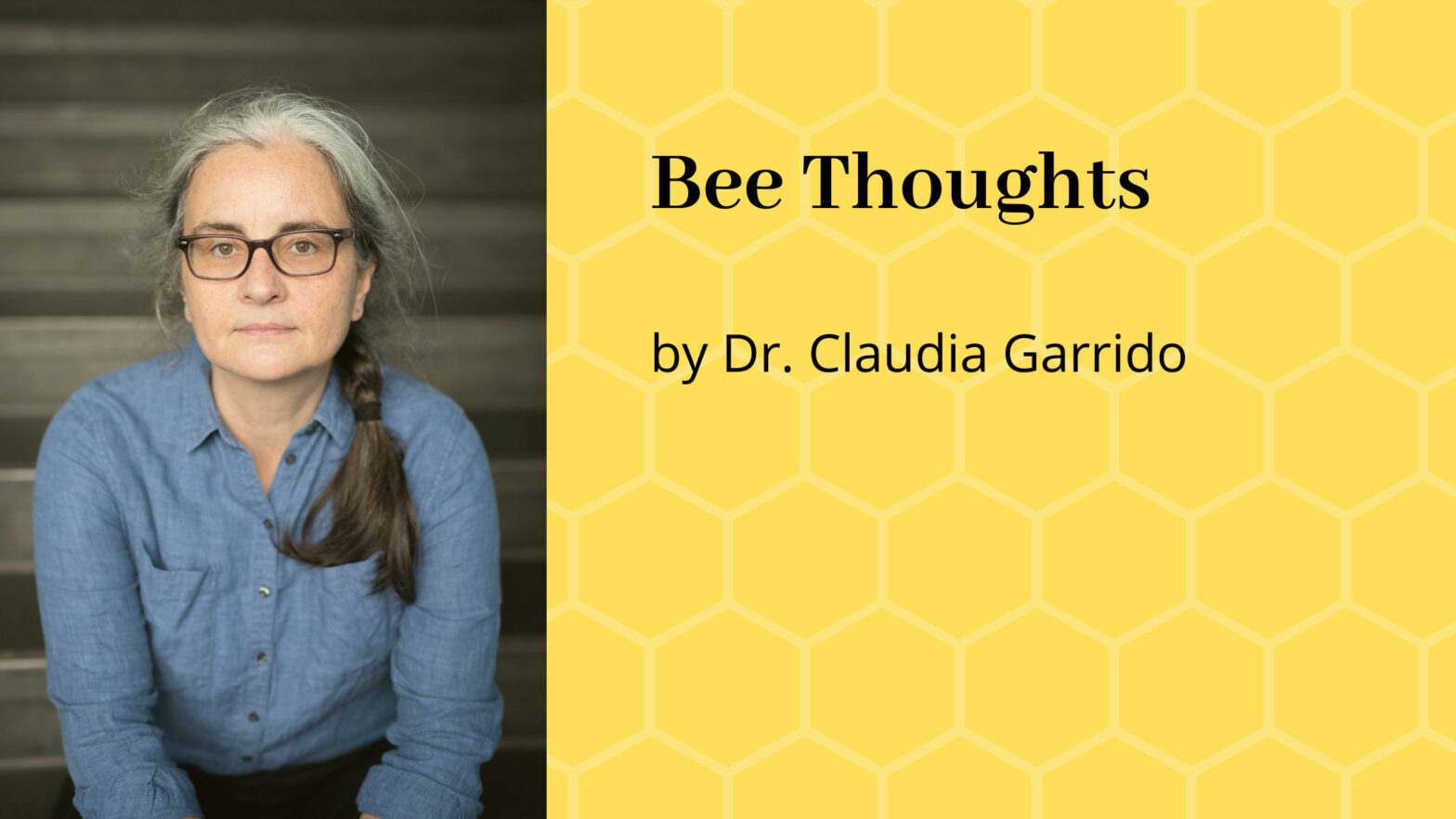 Sometimes you have to think big. A recent paper by Parreño and co-authors discusses the links between biodiversity and bee nutrition and health. Having enough and good quality food is obviously important not only for humans, but also for bees. I’ve already talked about this from the perspective of managed honey bees. This paper though, goes some big steps further: It links the role of different nutrients and their combination to bee health. This also includes the needs different bee species may have, i.e. the combination of nutrients. I had a mind blowing moment watching a video the authors provide to their article. Each species, they explain, has an optimal nutritional niche. This means, that there’s a defined mix of nutrients that keeps bee species A healthy but species B may need something completely different. So far, so good.

What made me think was the following: In addition to this optimal niche, there’s a “tolerated nutritional niche”. This means that a bee species gets “enough” food, but the combination of nutrients isn’t optimal. They still manage to survive, to reproduce, etc. But at reduced health. Similar to what I tried to work out in this post about the link between pollination and human health. The phenomenon is called malnutrition. Food, in bees and humans, isn’t only about getting the calories, but also the necessary nutrients.

The vicious cycle of poor nutrition

We still don’t know enough about the specific needs of every single bee species. What is clear though, that with reduced floral diversity, it’s less probable that the bees get what they need. Flowers aren’t all the same, obviously. When I talk to beekeepers about honey bee nutrition, I explain it like this: Broccoli is a healthy vegetable. However, if you’d eat only broccoli, you wouldn’t get all the nutrients you need. It’s not enough to provide a healthy nutrition, even if you would eat enough of it to cover your calory needs from broccoli (which would be A LOT!). Healthy nutrition means a variety of different foods to meet all your requirements.

It’s the same for bees. This creates a vicious cycle because malnutrition is something that creeps in. It’s nothing obvious from the very beginning. But it increases the susceptibility for diseases and also for the effects of pesticides. Some species may have less offspring or shorter lifespans. It creeps in, as I said. This paper shows beautifully the link between One Health and biodiversity – though this term isn’t mentioned in it. The “nutritional landscape” they talk about, however, is a crucial element of the environmental health. The authors call for defining also the health of wildlife as more than the absence of diseases. Like with managed honey bees or other managed animals, too. So we’re getting from the One Health concept to a One Welfare concept… but this may be a story for a different post.

We’ve seen this connection also in the context of disease transmission and the “dilution effect” biodiversity creates. This is something I’m thinking of quite a bit since I read about it. Together with the importance of floral diversity for bee diversity this makes a complex but exciting picture. Coming back to the nutritional niches we talked about before: We also have to consider that these are different between specialized and generalist bee species. The nutrients a bee species needs, on the other hand, does not correlate with the number of flower species it forages on. In the extreme case, bee species that are specialized on a single plant for pollen, don’t necessarily need fewer nutritional compounds than a bee species that feeds on several plants.

In consequence, with increasing plant diversity the chance that all bee species in an area get the nutrients for optimal health. With reduced plant diversity, on the other hand, the “nutritional landscape” (i.e. all the nutrients available from the flowers in an area) gets poorer. This reduces the health of all bee species but also increases the risk of some of them to disappear. Watch the video on the paper’s site to better understand these links. The connection between bee nutrition and health, therefore, is crucial to consider in bee conservation. The thought I had reading this paper was that this has to be considered also in the design of agro-ecological schemes like flower strips. If they are meant to help pollinators, then they have to be diverse and meet their nutritional needs on a deeper level than they often do currently.

Agriculture and what it means for bee nutrition and health

Parreño and her co-authors clearly state that they consider intensive land use as a main cause for reduced plant diversity. And, in consequence, of poor bee nutrition threatening their health. This goes beyond the negative effects of pesticides. Though, good nutrition helps bees to get along with stressors like toxins, as well. However, the point I want to make here: We need to better evaluate flowering strips and other measures we use for helping pollinators in farmland. This thought got quite a bit of food by a talk I heard at the annual conference of bee institutes this week. At the University of Applied Sciences Southern Westphalia they evaluated different flowering strips for bees.

They found an amazing number of insects on these strips, up to 7 million per hectare. However, the number of different species and their proportion within the population depended on the seed mixes. Honey bees preferred an annual mix with lots of Phacelia, mustard, and sunflowers. Many flowering strips look like this. On the other hand, the perennial mixes attracted most wild bee species. Now put this information together with all the information I discussed in this post. I don’t know about you, but I would opt for perennial and diverse seed mixes to give as much bee species as possible the best nutritional landscape.

The superorganism honey bee colony and its welfare