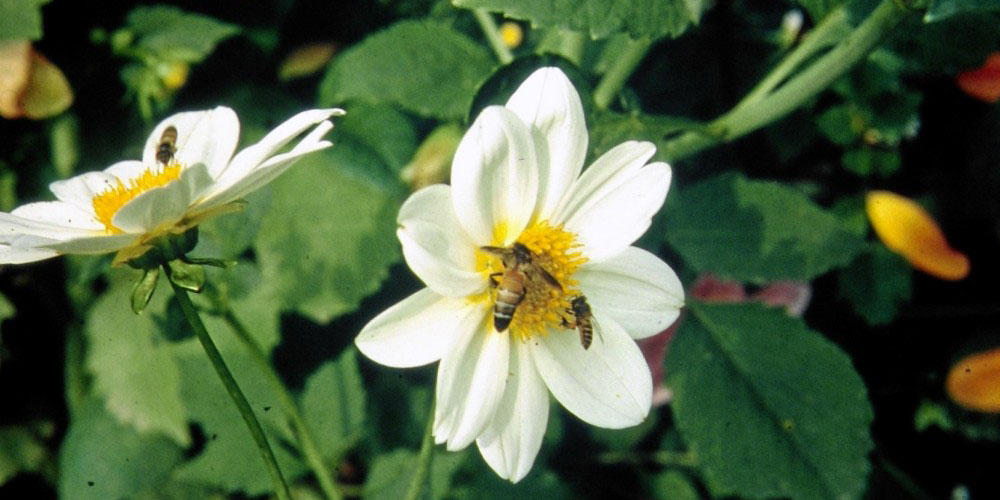 Two weeks ago I wrote about my time in Thailand and how an old beekeeper preferred native Apis cerana to European A. mellifera. Unfortunately, it seems that this attitude did not persist: there are several notices that Asian honeybees are in decline. This is again bad news for biodiversity. Last year I saw a poster on a conference dealing with the decreasing population of Eastern honeybees. Obviously, already in 1989 Eva Crane, the big lady of bee research, reported about the risk of extinction of this species. Due to the higher performance and easier handling of European honeybees, professional beekeepers prefer them to their native bees. In Japan, beekeeping with A. cerana remains a hobby for a few, while professionals all work with A. mellifera. On the poster mentioned above they noted genetic depletion down to 10% in some areas. This can easily mean a bottleneck for the Eastern Honeybee.

Another risk is the transmission of diseases between species: European bees pass on diseases to their Asian sister species, like Thai Sacbrood or European Foulbrood. If kept in the same area (sympatrically), stronger A. mellifera colonies rob the smaller ones from A. cerana. This helps to transmit diseases and pests – as it happens if your neighbour did not treat against varroa and your colonies go robbing there. The authors of the poster suggest selection programs to help the population of Eastern honeybees. I am not that sure that this would help – selection always means further genetic impoverishment. On the other hand, also higher yields can be reached by selection. But together with the species, there are also old cultural techniques and knowledge that gets lost. It is important to maintain both instead of impose rapid solutions. Moreover, selection would not necessarily help to stop the decline of the feral population of A. cerana.

Including the Eastern Honeybee, there are eight honeybee (Apis) species in Asia. The biggest (A. dorsata) and the smallest (A. florea) are foraging together on a flower on the photo above. I still remember how excited I was discovering this A. florea nest on the area of the Beekeeping Center No. 1 in Chiang Mai.

This species used to nest in bushes not too high over the ground. But people like to eat the brood (it is much more valued than the honey) and nests are offered in piles on the markets. A colleague told me that this species began to nest higher and higher because of the selective pressure of “hunting”. This nest was an example for this, it was in about 2 m height and not that easy to discover. I did not tell anybody about it and kept the secret during my stage there. Even the sting I got on my forehead was attributed to A. cerana… Nowadays the biggest threat may not be the hunting of nests for food, but again the introduction of Western Honeybees. A. mellifera is an invasive species in Asia: also in this weeks’ news topic the researchers fear a loss of biodiversity. We do not know much about the populations of other Apis species than A. cerana. If their populations are in decline, this is less in the focus as these species are not used for beekeeping. All this information makes me revise my opinion that bees are making the world a little bit better. They do, but we should take care of just transporting our European bees everywhere.

My stage in Thailand was for five months in 1998/99 and again for three months in 2000. It is not that long ago. But in the past year I learned so much about declines and extinctions that are directly linked to my personal history. Bombus dahlbohmi, Apis cerana… these species were important for my scientific and personal development. To hear about them being near extinction makes me feel like a granny telling her small grandchildren about her youth. Or worse: fairytales.