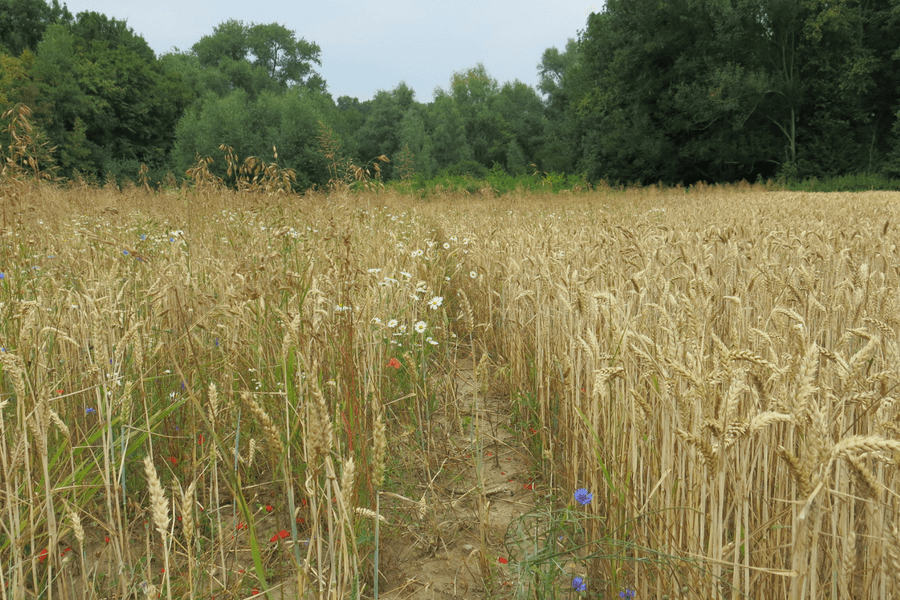 Insect decline made it to the top news. The tips on how to save the bees, help insects or even biodiversity are everywhere. It seems simple, just plant a few flowers, buy organic and tell the politicians to ban all pesticides. I’m obviously exaggerating here, but you know my aversion against simplifying. Unfortunately, it’s much more complicated; both the causes and the consequences of insect losses. Beginning with the fact that we know far too little about biodiversity to give one-fits-all recipes. Which doesn’t mean that we can’t take action. In a podcast (in German), E.O. Wilson said (I’m paraphrasing): “We don’t know everything about cancer or Alzheimer’s. But we treat these diseases with the knowledge we have.”

Wilson used this as an argument to begin to protect biodiversity now. With the knowledge we have. To which I couldn’t agree more, obviously. It may be useful also to keep some different levels in mind. I think that everybody can do something to help, every little action counts. On the other hand, however, it’s also important to put loose ends together, to take concerted actions and to bring together different interest groups.

The personal level of conservation

Creating an insect-friendly garden is one of the most frequent pieces of advice. I already ranted a bit about the tendency to cover the gardens in gravel. So this is absolutely a step to take if you care about insects. You don’t need a total wilderness in your garden if your aesthetics is contrary to it. However, you can add some native flowers or leave a corner that you don’t see all the time “untidy”. You can find plenty of suggestions online. Wildlife-friendly gardens are not habitat for bees, birds and hedgehogs, and they also have another important function: they are “corridors” between natural areas.

If you don’t have a garden, there are still things you can do: inform yourself. Learn about the insects, birds, plants or any other wildlife around you. Talk about it with your friends and colleagues, take nature walks with your children, and make others care as much as you do. Not everybody can be an expert on everything, but I’m convinced that education is a solution for so many problems in this world and surely also for conservation. You can only protect what you know. Though this is a cliché, more and more people are interested in pollinators beyond honey bees, and, as a consequence, also claiming for their protection.

A single person has only limited possibilities to change things, but it adds up if many individuals take decisions that help to stop insect decline. Even better if many persons act together, in a common interest. Examples for this are associations, conservation trusts or similar organisations. An example that I often refer to is the “Network Flowering Landscapes” in Germany.  One of their aims is to create “flowering landscapes for humans, plants and animals”. They give a huge variety of tips, offer information for a broader public but also for farmers or other stakeholders.

Another example of such concerted actions are cities or villages that change the management of parks or other public areas. Mössingen in South-Western Germany. It started with the attempt to save money for the management of road verges, roundabouts and similar areas in town. Today, the city gives a seed mixture its name which is used also in many other places of Germany. Mössingen continues to develop the concept: in future, they want to put more emphasis on native plants and the diversity of their plantings. I’m sure there are many other cities following similar concepts.

In addition, research on insect decline – like the work from the Entomological Society in Krefeld – may be such a community action against insect decline. It adds the much-needed numbers to the picture, can show which measures really help etc. Research gives the arguments also for discussions, gives data and facts to base opinions and decisions on. The referendum in Bavaria argued with the data from the Krefeld study. Which leads from the community level to the next and overarching one.

The meta-level against insect decline

Both personal and community actions need a framework to work in. The conditions are important: you need knowledge, the right to vote (like in the referendum), a choice to buy one product or another. There may be different positions on how to address problems like insect decline. Different interests must be balanced, as well. All this is the responsibility of politics. Let’s take the example of the referendum in Bavaria again: it reached the needed signatures a day before it ended and was a full success for the initiators. In the end, 18.4% of the Bavarians signed for protecting biodiversity. Organisations in other German regions may follow the example and initiate further referendums.

The Bavarian government has to act now. Almost a fifth of the people entitled to vote can’t be ignored, obviously. However, the Bavarian Premier already said that every change has to include the farmers. This may not be the most popular approach, but it’s the right one. For instance, the transition to 30% organic farming in Bavaria or the more extensive grassland management needs farmers. It’s them to do the management, they need to be on board if things are really meant to change.

Biodiversity on the agenda

As you can see, things don’t end with a signature during a referendum. The most difficult part is yet to come. This example, however, shows the interaction between the different levels. It’s a personal decision to sign at a referendum. Then, community action to organize such an initiative. Finally, politics has to implement the measures and create the conditions. All three levels aren’t isolated from each other, one without the other wouldn’t be of much use.

Which brings me back to E.O. Wilson. In his latest book, he claims for leaving half the earth for nature. This is surely much more ambitious than shifting to 30% organic agriculture in Bavaria. Nevertheless, it’s out there in the world and though I’m sceptical about the feasibility, who knows? Only a few weeks ago I wouldn’t have thought of Bavaria starting such a referendum or even less me agreeing with the Bavarian Premier. The fact is that biodiversity and its protection is on the agenda. Perhaps a biodiversity-Greta-Thunberg is already around the corner?