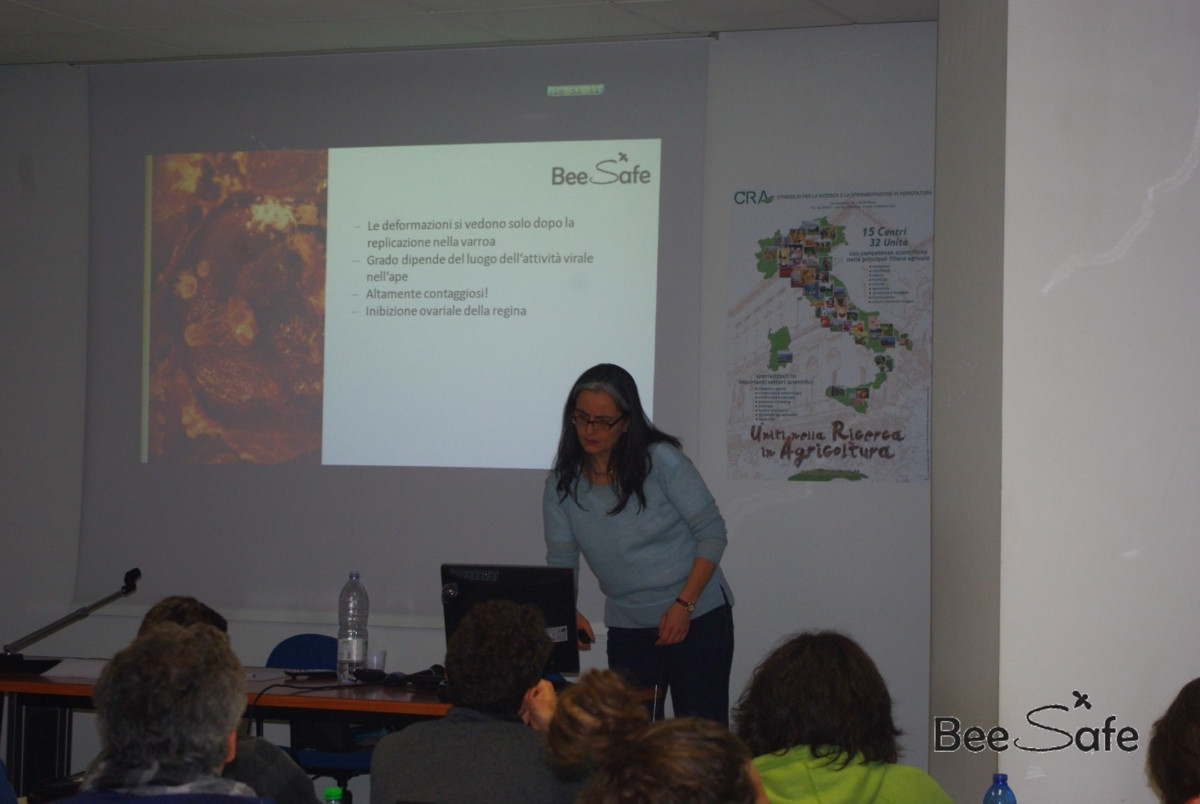 Last week, the German journal “Die Zeit” wrote about “The downfall of facts”. In short interviews ten scientists talked about the most contested (or denied) facts of their area. Despite the clear tendencies not to accept scientific findings and to follow the most appealing opinions: most of them had a strategy to face this. And to many of their statements I could fully agree. Mojib Latif, professor for climate research at the Kiel University, said:

Science should give best information to general public. In an appealing and comprehensive way.

… not to have arrogant manners and to work interdisciplinary. We must allow participative approaches, to make engaged citizens understand how science works.

Obviously, there were much more statements I could cite. But these two apply best for the point I want to make.

Bee research and beekeeping were once very united. From bee institutes and universities came much applied research which helped in beekeeping practice. However, there were always tendencies to contrast “theory” and “practice”. One of the questions I hear most often when talking to beekeepers is: “Do you have your own bees?”. I do not, I am always travelling for studies in the season, I could take care of my own bees. This is a deficit in the eyes of many beekeepers. Often, though not always, when they see me working, when they hear that I worked in many countries with hundreds of colonies this deficit loses importance.

In the past years, the situation became harder though. There are bigger colony losses, they occur more frequently, non-managed bees and other pollinators decline – what causes this? In insecure situations easy answers seem very attractive: pesticides, especially neonicotinoids, were singled out as guilty. In the first years, this was not really assured by data. It was all about observations, about opinions. In Germany, the bee institutes spoke about “multi-factorial” phenomenons. They emphasized that there are still problems with proper Varroa treatments, that other diseases could have an influence and that the concentrations of pesticides found in the colonies were only low. Some beekeepers did not want to hear this. To them it seemed clear that the scientists got money from the industry. In their opinion the primary cause of their colony losses could not be an improper varroa treatment. Definitely, bee researchers at the institutes were not on their side anymore.

In the meantime, there are more and more data confirming exactly this first statement of the bee institutes: pesticides create problems from immediate colony losses after sowing maize to long-lasting and slowly acting effects on learning, orientation or reproduction. But: there are also other factors that cause problems to bees. In some cases the neonicotinoids are responsible for colony losses, in others the missing or wrong varroa treatment, in a third the beekeeper did not feed the bees for winter. For honey bees, but mainly for non-managed bees and other pollinators, habitat loss is a big issue. It is easy and fast to have an OPINION, collecting FACTS and evaluating data takes time and is much more difficult. For better knowledge, you have to stand uncertainty.

Science scepticism on the advance?

Coming back to the two scientists I cited above: the conflict between beekeeping and modern agriculture is a good example for increasing science scepticism. And very often researchers are responsible for this themselves. “Multi-factorial phenomenon” sounds much like “I don’t know.” What it partly was. I would have been much better to explain what we knew and what we did not know. In a comprehensive way. Without arrogance. Make beekeepers understand how science works. Why their 10 colonies are not representative for all colonies worldwide. Doing this, you notice always the same: the moderate voices come up. The ones who do not shout and give easy explanations, but try to understand. They ask and discuss with you, and both sides learn a lot.

This post does not say anything about my position about pesticides and their role in honey bee colony losses. My point is that science must show the whole picture, based on what we know in a certain moment. The picture may change or become more complete over time. We must not complain about science scepticism, but take the phenomenon seriously. Explain, consider our audience, explain again, respect the persons we are talking to and explain a third time.

I do not like simplification, I do not think that we can save bees this way. Or improve anything in this crazy world. We all have to stand uncertainty sometimes, see the complexity instead of giving easy answers. This is my opinion, but there are some facts that sustain me.