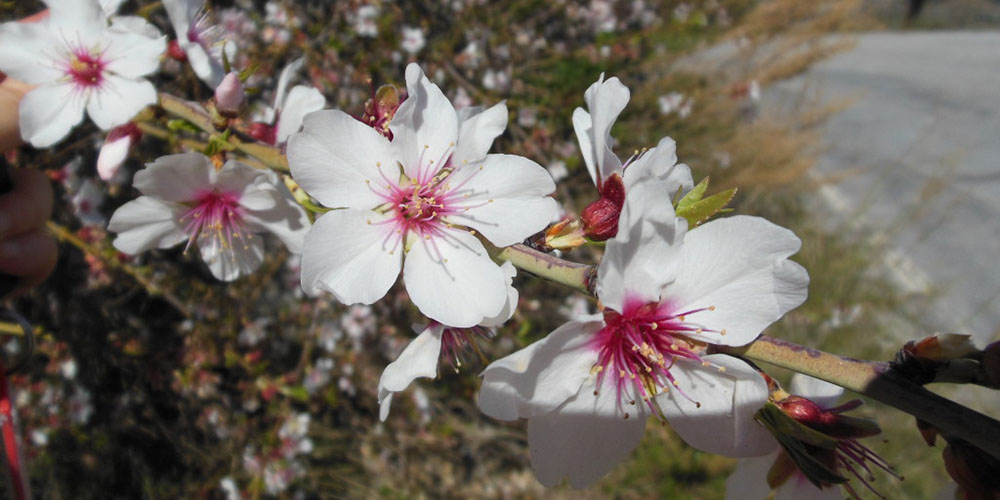 Honey bees originally nest in cavities in about 5 m height. In Tom Seeley’s book “Honeybee democracy” is plenty of information about the nesting preferences of this most known bee species. Beekeeping practices often do not respect these preferences. I already discussed some conflicts of interest between beekeepers and honey bees which may influence colony health. Migratory beekeeping was always an element of these supposed risks by management. Hollow trees or rock cavities usually do not move! Trees may fall or landslides may destroy the rock, but these are single incidents.

Especially the mass migration movements in the USA were often subject of speculations: is this a stress factor for the colonies? What happens to them during these transports on a vibrating truck over thousands of miles? Now that colony losses occur regularly at unacceptable levels, the question got further importance. However, migratory beekeeping is big business: more than a million colonies cross the North American continent to pollinate almonds. They are crowded in apiaries at industrial scale, at orchards at industrial scale. I do not like it. But this is an opinion, not a fact.

Facts are coming from a paper by Michael Simone-Finstrom and colleagues from North Carolina State University. For the first time, they studied the physiological consequences of migration on honey bees and performed three experiments. First, they assessed the life-span of bees coming back from almond pollination. The colonies later on had also to pollinate blueberries in Maine. Thus, the colonies travelled a second time, for a shorter distance. Shortly after the colonies’ return from the 4,500 km trip back from California, Simone-Finstrom and his colleagues marked freshly hatched bees for testing the their life-span in the lab. They compared these bees with a group coming from stationary colonies. After the migration to Maine they repeated the assessments.

In fact, both migratory operations reduced the longevity of the tested bees: bees coming back from almond pollination lived for a mean of 18 days. On the other hand, bees that stayed in North Carolina lived for 19.5 days. Also the shorter trip to Maine reduced the life-span: the “traveller bees” lived 19.9 days, the “home bees” 20.5 days, This may not seem such a big difference. But consider the total life-span of a honeybee worker: one day is about 5% of it, as the authors discuss. Honey bee colonies are quite resilient and compensate this premature loss of foragers by recruiting younger bees. But over several generations we still do not know about the consequences at colony level.

The researchers digged deaper: they also wanted to know if moving honey bee colonies over longer periods caused also oxidative stress. In a second experiment, they transported a group of colonies every 21 days for moderate distances (56-96 km). With this, they wanted to assess if there was an effect of migration during the larval development of the bees. In fact, bees lived shorter also in this case: 21.3 days for the bees that developed during migration time instead of 22.2 days for calm development without transports. The reduced life time did not have consequences at colony level, though. There were no differences in colony strength between the two groups of colonies. The physiological parameter of oxidative stress did not change by migration.

The transports in this second experiment were quite moderate compared to the commercial movements for almond pollination. To assess the impact of more intense migration, colonies were moved every night for an average of 350 km for six consecutive days. In this case, the oxidative stress levels increased in the migratory colonies. However, food scarcity had even a bigger impact. The authors argue that sufficient foraging resources may mitigate some adverse effects of migration. Nonetheless, this remains unclear and needs further research.

I just wrote a short summary of this paper also for a German beekeeping magazine. The negative effects of migratory beekeeping are interesting also here in Europe, though the scale is much smaller here. Both in distances and number of colonies. However, there are some remaining questions: do the small scale transports have similar effects? How big is the interaction between food shortage or scarce quality of resources? How does the reduced life-span influence the social structure in the colonies? Honey bee colonies may compensate a lot, but to what extent? As a colleague said some years ago: the question is not how much we can impose our colonies before they die. The question is how we can make them live well. It is a question of Animal Welfare – and it is a very positive thing that these questions now are discussed also for honey bees.